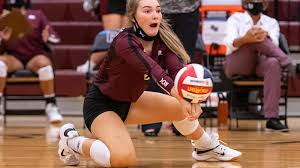 Idaho:  A man in the US state of Idaho set a Guinness World Record by hitting a volleyball 515 times with both hands in one minute.

David Rush, who has broken nearly 250 Guinness records to promote STEM education, said the organization’s list of records includes a category for the most two-handed strikes in one minute, but that honor has never been successfully achieved.

David Rush said that the Guinness record is set at 60 seconds, but he wanted to make the record so big that it would be difficult to break.

“I thought it would be easy but after several attempts I gave up two years ago and moved on to other things,” he said.

He said he recently started practicing again and eventually got to the point where he could hit the ball hundreds of times in 60 seconds.